Getting permission for an excursion to Northelm, Azalea decided, would be distinctly uncomplicated. All she had to do was enter the guild, convene with the guildmaster, submit her request, and embark. Easy, simple. Something that every Hunter did every day.

But when Azalea pushed into the guild, she was stopped by a peculiar sight.

One of the Hunters’ cabinets lay open, and within lay a few white flowers—tender lilies and a few stems of gladioli. A young girl in a hempen dress was sliding more blossoms inside, whistling a tune through dry lips.

Frowning, Azalea approached the cabinet and waved the girl down.

“Pardon,” she said, and gestured to the flowers. “What happened? Was somebody promoted?”

The girl glanced at the flowers. “To the afterlife, maybe,” she said brightly. “They died.”

The girl nodded, completely unbothered. “Don’t worry, you’ll get used to it. People die all the time.”

“Excuse me—wait—you mean, this is—”

“A Hunter died, and this is the Guild’s send-off.” The girl extended a hand. “Would you like to add your own flower? Don’t panic, it’s not mandatory.”

Azalea glanced around. The room was sparsely populated, but even the Hunters present—some wrestling, some playing cards, some competing over drinks—seemed unaffected by the sobering display of mortality just a few feet away.

“No one seems upset,” she whispered.

The girl shrugged. “They’re used to it,” she said plainly.

That was when Azalea got a good look at the girl. She was a slim thing, no older than fourteen, dark chestnut hair swaying just below her chin with big, bright eyes. She was dressed plainly, likely of common station, but seemed welcomed at the guild. An assistant of some kind, perhaps Nicolina’s aide. She should have been too young to witness death.

“Jack.” The girl jabbed a finger towards the open locker. “Fortieth Hunter. The Beanstalk Botanist. Kind of a crazy lad, but he meant well. Unfortunately, I guess he wasn’t ready for a Class Four.”

Azalea flinched. She’d seen the Beanstalk Botanist just days ago, spoken with him, watched him drink out of a broken cup. He hadn’t remembered her name, but he’d seemed alright enough. Now he was gone forever, and would only grow more forgotten with each passing day.

The life of a Hunter was so very small, gone in the blink of an eye.

“That’s alright, everyone at the Guild knows what they signed up for. I mean, you’re prepared to die too, aren’t you?”

“But where are my priorities?” The girl rolled back her shoulders. “If you’re a Hunter too, you’re probably due for a promotion.”

Azalea gaped as the girl made her way to the attendant’s desk, humming merrily. None of the other Hunters seemed to pay them any mind.

Azalea hurriedly shuffled after the girl and knocked on the desk’s surface.

“Sasha, this does not seem like an appropriate time for a promotion,” Azalea amended hurriedly.

“Well, sure it is. A position is empty and needs to be filled. How much more appropriate can you get?”

The lack of reverence for the deceased was appalling. “I haven’t done anything to deserve promotion.”

“Actually, you have. You outlived someone,” Sasha said brightly. “And you never know, you might be dead next month anyway, so there’s no point in stressing about it.” She moved to the standings board, and slotted Azalea’s nameplate into the slot above. “Congratulations on becoming the, ah—you must be the new girl, I don’t recognize you—Forty-Ninth Hunter, Lady Fairwen!”

“Please move my plate back,” Azalea managed, feeling her breath fluttering rapid and shallow in her throat.

“I’m really not ready to move up.”

Sasha shrugged. “Well, the newcomer is even less ready to enter at forty-ninth place.”

This was difficult to refute. But Azalea could barely handle a group of Class Ones. How could she possibly accept a promotion when she couldn’t even fulfill the basic requirements of the Guild?

She stared at the white flowers, which only served to burn at her eyes. Jack had died attempting to face a Class Four. Had it been his choice, and he’d overvalued his strength? Or had it been his task, and he’d failed?

Sasha studied Azalea’s face with a light frown, then snapped her fingers. “I know why you’re not happy. You want to know your wage bonus, don’t you?”

This wasn’t right. None of it was right.

“Sorry, it’s not hefty,” said Sasha. “You’ll have to wait for a bunch more to die off before you roll in the gold.”

“I,” said Azalea faintly, “I need to go see the guildmaster.”

“She won’t give you a raise either, trust me. That one I know from personal experience.”

“Goodbye,” Azalea said. And she all but fled into the guildmaster’s study, shutting the door behind her.

There was a small lamp alight on her desk, even though it was in the middle of the day. It was a simple wick on a tin pedestal, the dancing flame a mesmerizing sight. Beads of wax were starting to roll down the stick, gathering in the shallow dish below.

In the sanctuary of the study, Azalea could finally breathe. Her eyes were fixed on that vibrant, twisting flame.

The guildmaster was settled among piles of paperwork, as usual. But she’d set down her quill and laced her fingers together, watching Azalea with a gentle hue to her grey gaze.

Azalea swallowed and straightened. “My apologies for the intrusion, Guildmaster.”

A moment of silence stretched over the study. Azalea tried to recollect herself, to recall the words that she’d recited to perfection—but she only stood in place, lost and displaced.

“Somebody is dead,” she eventually said. She looked at her hands. They weren’t shaking. “Is that, is it common? Does it happen every day?”

“I did.” Nicolina idly turned the base of the candle. “I remember each one.”

Azalea shuffled closer to the desk. The candle was scented, she realized. It smelled like rosehip and juniper.

“What was he like?” she whispered. “I only met him once.”

Nicolina’s gaze was sober. “Don’t mourn a passing you don’t have to, Fairwen. It’s not your job.”

“And they will,” Nicolina promised. “But not my Hunters. I need you to fight.”

Azalea rolled back her shoulders and straightened. Everyone had their own job to fulfill. She’d understood that much when Da had left the house every morning and tasked her with caring for Ma. If Nicolina needed her to fight, then she would.

Nicolina gauged her expression again, then relaxed. She took up her quill pen and studiously returned to her pile of documents. “I assume you’re not here for condolences.”

Azalea gathered her thoughts. She couldn’t afford to be distracted if she was presenting her case before the hard eyes of the Thumb herself.

She smoothed her skirt with her hands and stood upright. “I’m here to request permission for a discretionary dispatch,” she began.

“You’re as open as the books you read, Fairwen.” The faintest glint entered Nicolina’s eye. “Requesting a patrol to a border outpost, aren’t you? Far north, probably. Northelm?”

Azalea could feel her jaw slacken. “How did you know?”

“You’re in uniform, so you won’t be requesting vacation. You’re asking for my personal permission, so travel time will take more than a day by windsoles. That leaves only Cirelu Island, which rarely sees battle, the desert outpost Dead Rest, which you seem ill-dressed for, and Northelm.”

She flicked her fingers in the direction of a gobsmacked Azalea.

“And my answer is yes. Northelm is fine. Great, even. We don’t hear a lot from them, and once we do, it’ll be too late. So it’d be perfect if you checked up on them. Make sure they’re doing well, or at least not dead.”

“Don’t pick up something you can’t handle.” Her sharp grey eyes narrowed. “Northelm is but a stone’s throw away from the Noadic Range. Avoid that at all costs.”

“I assume you’ve heard of it from the Academy.”

“As a legend, more than anything else,” Azalea said dutifully. “It’s a perilous stretch of mountains rife with ancient magic and dangerous mythical creatures.” She frowned. “How much of that is true?”

Nicolina shrugged. “Couldn’t tell you. No one’s come back from it alive.” Her eyes narrowed. “But I know how many good men I’ve lost to that place. Don’t indulge your curiosity. Don’t set foot on the Range.”

“Entry is forbidden,” Azalea said, puzzled. “Why would I ever go there?”

Nicolina stared at Azalea for a long moment. Then she burst out in a sudden, sharp laugh.

“Forbidden, yes,” she chortled. “No border patrol, no enforcement. But you’re quite correct—it’s technically forbidden. Good on you, Fairwen, and have a safe trip.”

Azalea blinked, but thought of nothing more to say. Eventually, she saluted at the shoulder.

The candle was still burning bright as she slipped out the door. Nicolina sighed and watched it burn for a moment. Then she returned to her work. 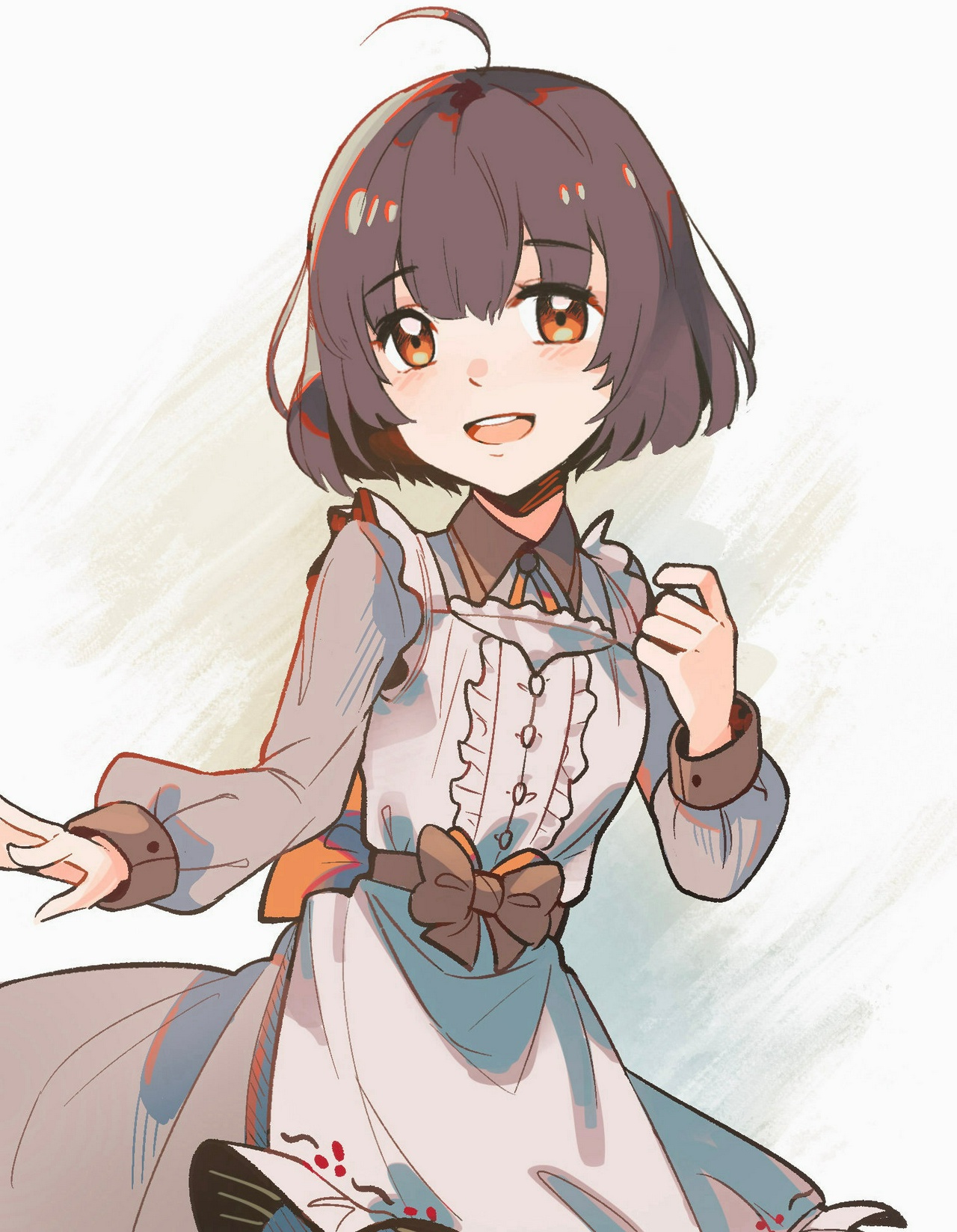