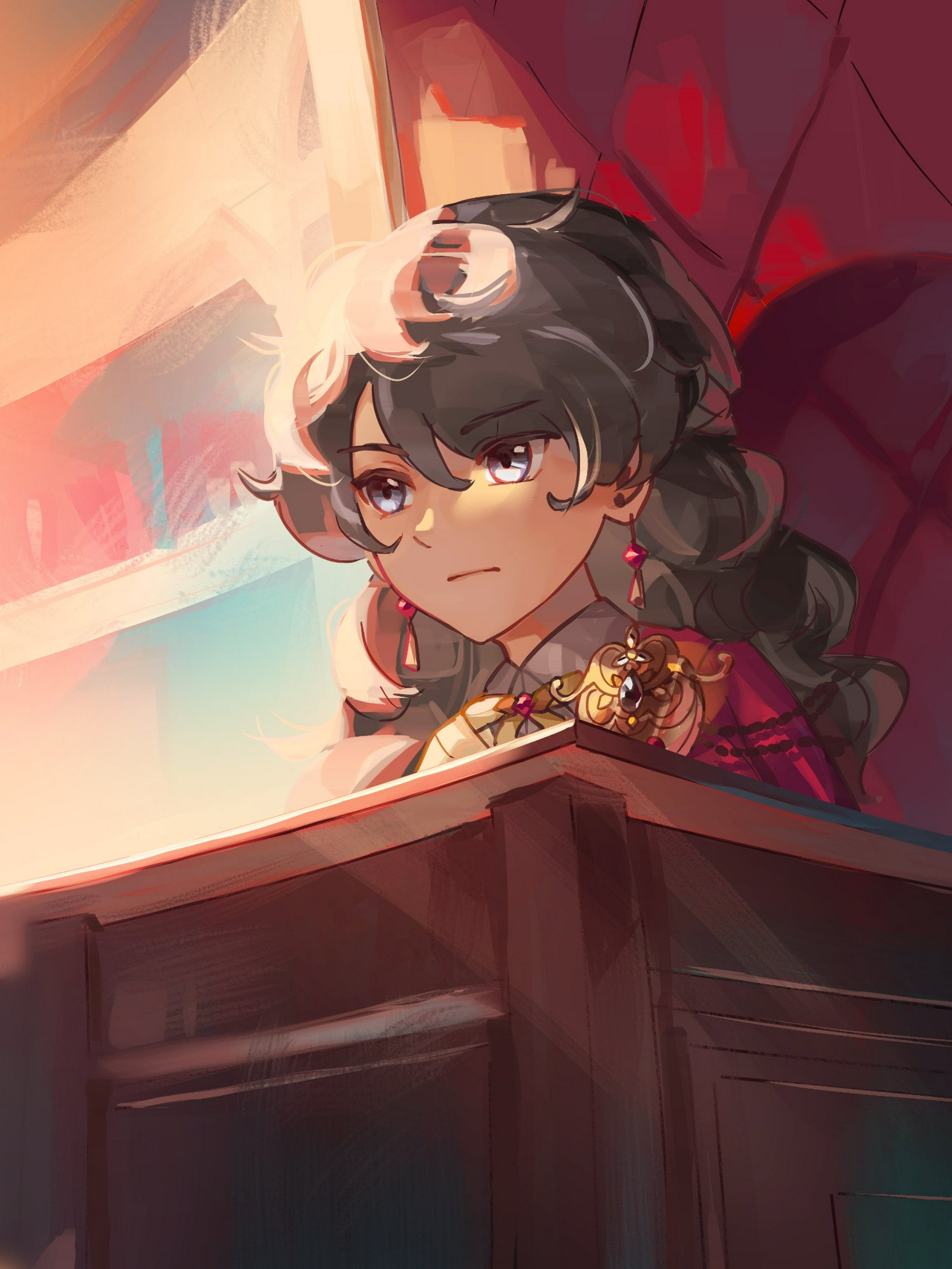 The Hunter’s Guild was in chaos when Azalea pushed through the doors.

Chaos was nothing new. She’d only been a Hunter for three weeks, and she knew that much. As it turned out, when fifty of the nation’s strongest fighters were tossed into the same room, thrust into a brutal, bloodthirsty schedule, and left to compete among each other for the highest stipend, the environment became a bit concerning. Tricks, threats, and potentially fatal sparring were an everyday occurrence.

But this was a new level of chaos entirely.

A pair of throwing knives whistled in from Azalea’s left; she ducked just before they took off her head. They struck the wall next to her, wobbling violently with the force of the throw. There was a raucous laugh in the distance, and a swig of ale. No apologies were uttered in her direction. Whoever had thrown the knives probably hadn’t even noticed she was there.

Azalea took a step forward, but that was a mistake. A damaged floorboard gave way under her foot, and she caught herself by gripping a nearby chair. She proceeded through the room, this time with more caution.

The guild was built more or less like a tavern: squat, coffered ceilings with rough-hewn iron chandeliers, wooden stools set around round maple tables, and colorful refreshments arrayed on a long counter that lined the side wall. Most of the furniture was replaced on a monthly basis due to breaking—or rather, being broken—and as a result, the guild always looked new. It would have been a beautiful, cozy place if not for the surrounding chaos. The door to the guildmaster’s study, placed at the opposite end of the room, had never felt so far away.

“Ah, new girl!” called a boisterous voice, and a man dressed in lively green waved her over with his half-full tankard of ale. There were flowers and vines plastered all over him like a plant-based mural, which would make him—if she remembered correctly—Jack, the Beanstalk Botanist, Fortieth Hunter of Airlea. “Rosie!” he said. “Or was it Candy? Or Susan? Are you new, new-new, or new-new-new? I can’t remember, you all die off so quickly.”

Azalea wasn’t entirely sure how to respond to that. “I haven’t died yet,” she offered practically. She ducked right as an arrow soared overhead. “My name is Azalea.”

“Azalea! I’ll be sure to forget that.” Jack gave her a lopsided salute, and raised his tankard to intercept a serrated throwing star. Ale sloshed out the side and poured down the metal projectile. He drank from the cup anyway as if nothing had happened.

She kept her senses alert as she approached the guildmaster’s study. On the table beside her, two men were locked in an arm wrestle with one of their hands, and trying to stab at each other’s throats with the other. At the refreshments counter, several burly fighters were immersed in a drinking competition with a mysterious, potentially poisonous liquid that radiated bright blue. In the corner, two women were playing what seemed like a fast-paced shedding card game, fingers flying with every deal to the center pile—which would have seemed normal enough, were not the cards rimmed with metal and sharp enough to slice through wood. From the looks of it, they were trying to cut off each other’s fingers faster than their opponent could off their cards.

The job of a Hunter was already so dangerous, and yet here the guild members were, tempting fate even further on their time off.

Azalea’s own idea of vacation involved wandering around the night market on Main Avenue, or reading by the fountain of Gallows Square, or watering the herbal plants that lay on the workshop windowsill. Even when she and Wes had sparred at the Academy, it was always in preparation for an exam: a necessity, not a hobby.

She sometimes wondered if she was a Hunter at all.

Azalea ducked her head, pulled her hood further over her face, and hurried her steps. She’d just reached the guildmaster’s study when she heard a low whistle by her ear. Instinctively, she pivoted, and watched the black gleam of a throwing axe skate just before her nose, burying into the door with a heavy sound.

“Hey, little kit!” jeered a strident voice from the distant corner. “Watch your head! Wouldn’t want to lose it now, would you?”

She didn’t bother turning around. Striking or maiming another Hunter was grounds for immediate expulsion and severe punishment. The veterans might taunt her as the newest member, but she would never face any true danger in this room.

It’s just your fear that they want, ’Zalie, Wes had told her back at the Academy—back when her commoner’s stench had offended the highborn nobility of her class. If you don’t give them that, they can’t take anything from you.

Azalea raised her head high and calmly stepped around the throwing axe, pulled open the door, and slipped inside.